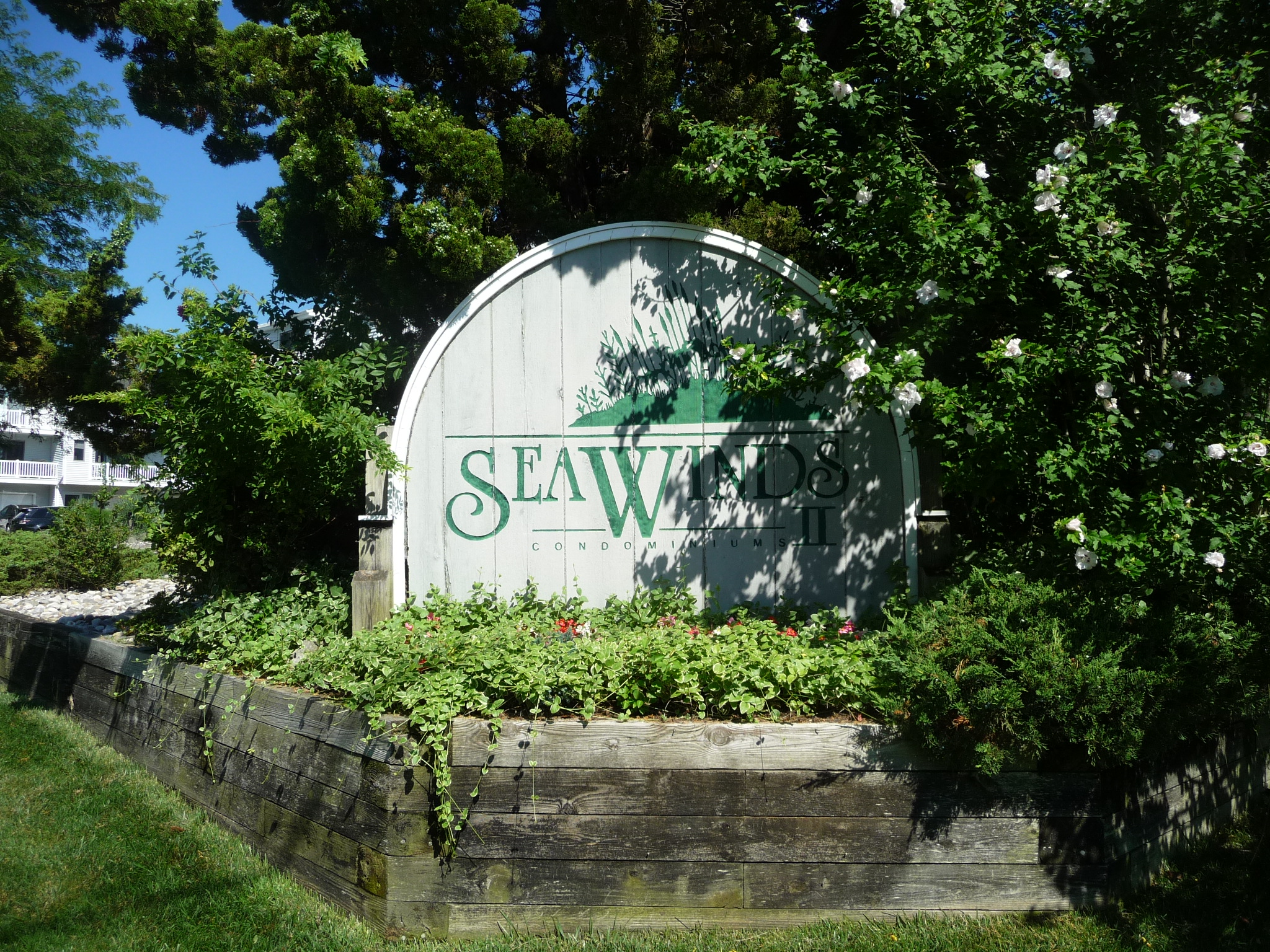 Sea Winds II is located on Navesink Court in the north end of Long Branch.

Sea Winds II is a pet-friendly community of ten townhouse style condominiums located on Navesink Court, just off of Patten Avenue in the north end of Long Branch.  Built in the late 1980's, Sea Winds II is the sibling community of Sea Winds which was built a few years earlier by the same developer.  Each townhouse is approximately 2200 square feet according to the tax records and were built with two upper-level bedrooms, 3.5 baths, a one car garage and multiple decks.  There is a room on the ground floor that many have repurposed into a third bedroom.  Through an amenity sharing agreement with Sea Winds, residents of Sea Winds II have use of the pool and tennis court are part of Sea Winds.  For beach lovers, the Monmouth Beach Bathing Pavilion is about 1.5 miles from Sea Winds II and popular Pier Village is less than 2.5 minutes away.  For commuters, the Little Silver train station is less than a 10-minute drive with the high-speed ferry to NYC about 15 minutes away and the Garden State Parkway is about 20 minutes from the door.

Rich was able to help us narrow our search criteria, visit only the houses that would actually work for our family, and negotiate the final closing price. Highly recommend!